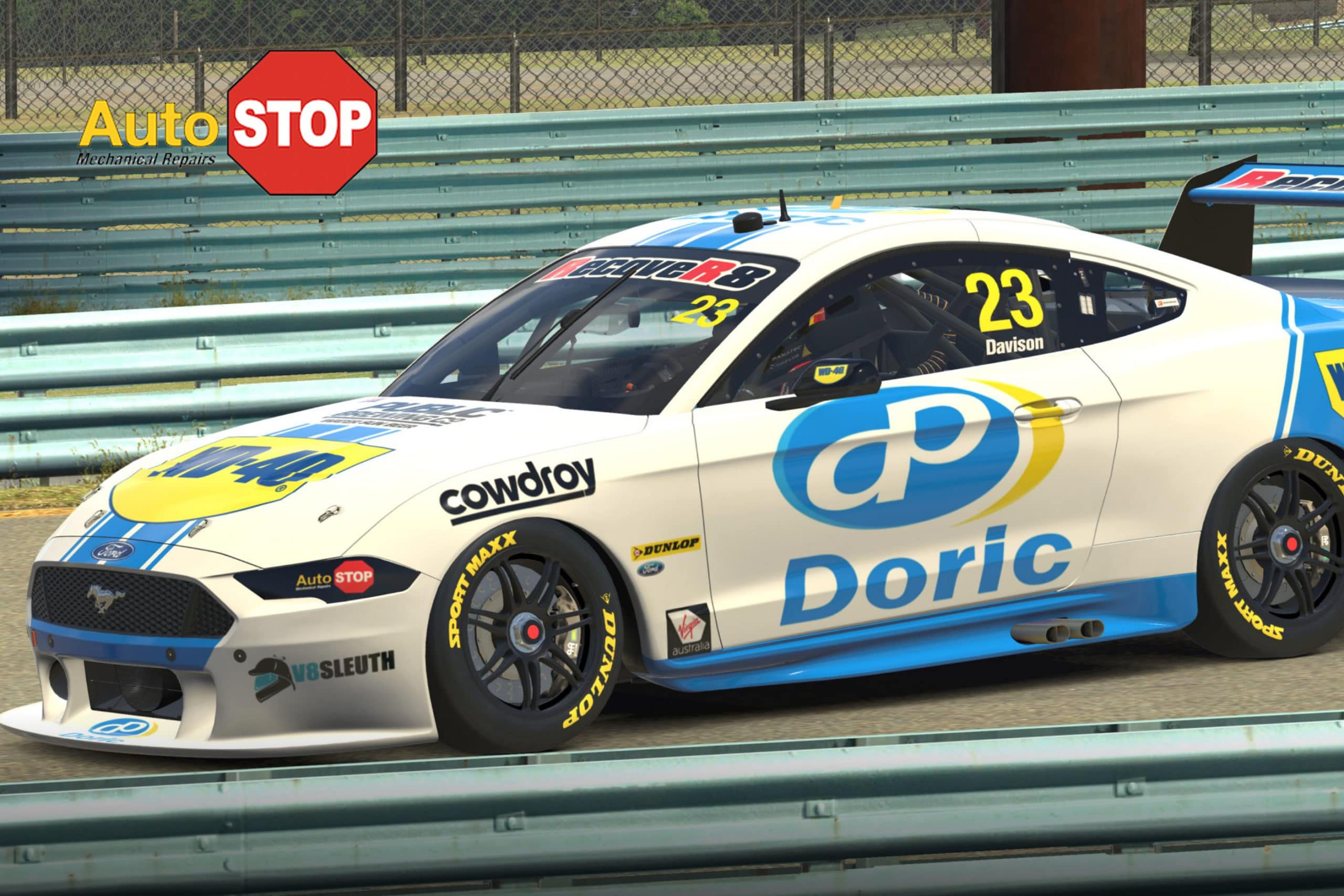 The BP Supercars All Star eSeries Is About To Go LIVE and Auto Stop are proud to sponsor and support 2-time Bathurst 1000 champion – Will Davison as he gears up for his eSeries race at 7pm 27th May 2020.

Who would’ve thought we’d be watching supercars virtually as opposed to live on the track? It’s a novel concept but this year while there’ll be no Supercars Championship action until June, the full cast of Supercars stars will still be racing in an action packed virtual racing series.

The BP Supercars All Stars eSeries will take place via the iRacing computer simulation platform, running over approximately 10 rounds from April 8 2020.

Supercars drivers will contest the races from their respective homes, with a champion to be awarded at the end of the series.

One of those contestants is two time Bathurst 1000 Champion Will Davison. As he gears up for another round in the eSeries, Auto Stop are proud to announce the sponsorship and backing of Will’s #23 Dorc Ford Mustang GT.

“It’s a fun time to be a part of something new, exciting and mainstream” stated Auto Stop’s Director Michael Daly.

“High performance cars are in Auto Stop’s DNA so it’s highly fitting that we support and back Will during his quest to be the best.”

“We’re excited to add the Auto Stop logo to the headlights of Will’s Mustang and hope that our support will help Will to win the upcoming round.”

Davison currently sits 8th on the pointscore of the series with tonights round to take the drivers to the Interlagos circuit in Brazil and also Philip Island.

Will is extremely appreciative of the sponsorship and had these kind words to say:

“I’m incredibly grateful of the support from our wider community and in particular my personal supporters.”

“It’s been such a tough time for so many including myself personally and to have companies step up for me means more than I can put into words. I’m really excited for the remainder of the eSeries and am keen to get my Doric Mustang up the front tonight”

Please cheer on Will as he prepares to take the wheel for the upcoming eSeries round.

The action will be broadcast on Fox Sports, Kayo, Supercars.com, Supercars Facebook Page and Supercars Teams’ Facebook Pages. Be sure to tune in and see how many times you can see the Auto Stop logo appear on Will’s car!

If you’re looking for a high performance tune up or any general automotive repairs, Auto Stop are here to help. Contact us today.